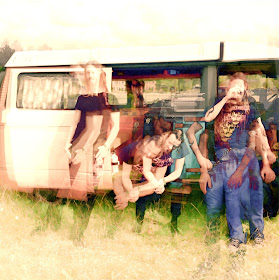 Two Rob’s and a Ron! That’s RRRags for ya! The delivered their self-titled six track debut back in 2018 and now their back with follow-up High Protein! That sound, that color, that bronzed atmosphere! Holy hell! But of course, the fact that we’re listening to pure gold again becomes pretty logical when you realize it’s bassist Rob Zim from Lords Of Altamont, drummer vocalist Rob Martin from Bliksem and guitarist Ron van Herpen from Astrosoniq/The Devil’s Blood. It’s retro, it’s seventies and it’s got so much groove it will have your bell bottoms go apeshit. Impossible to stand still when The Fridge opens up this can of High Protein rock! Grand Funk inspired, Graveyard colored goodness that exhumes this amazing cloudy soul and intense energy. Most of the record has this otherworldly up tempo boogie happening, except for the eight minute Dark Is The Day. This slower, psychedelic track opens up the album and seems to break it into two pieces together with closing track Window. Together they seem to serve as two devious bookends, splitting the record into bite size portions of High Protein! If anything prevents this record of being a masterpiece is the fact that High Protein gives you a truckload of energy but the music runs out before you have managed to get rid of it all. Sure, Window will tone it down and make you able to sit again, but the rest was so addictive and so full of energy, you will want more! More and more! 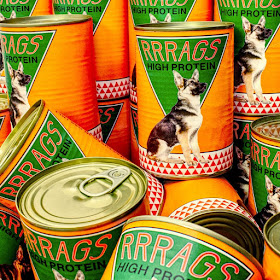