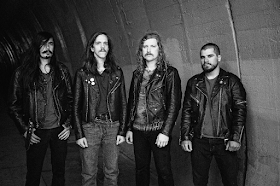 There are a few record labels out there who just seem to put out gold after gold after pure freakin gold. Perhaps because they know exactly what kind of rock fits their bill and what kind of stoner they should throw in the pond to make it ripple perfectly outwards. Yes, I was referring to Ripple Music. They never stray to far from the hardrock or stoner influenced goodness. And I guess War Cloud may be the furthest to the metal side they go to? But it once again pure freakin gold! NWOBHM gold in fact! War Cloud’s new release Earhammer Sessions has Iron Maiden and Motörhead as their guides and then goes full power through their repertoire. Their own repertoire, their own take on those giants! Eight tracks that whip you into a frenzied state of excitement and will turn even the most lazy indie rocker into a beer guzzling, moshpit diving, mud sliding metalhead! Oh, man, flashbacks to festival there, very dangerous during this pandemic now that everything is cancelled. But that will surely happen when you listen to Earhammer Sessions by War Cloud, you, envisioning, all the good metal times you had and surely will have again! 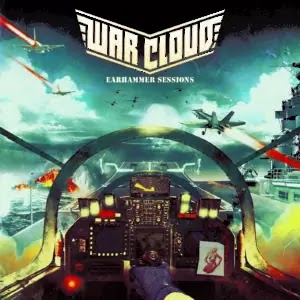