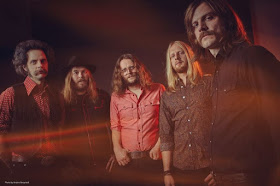 We’ve been mentioning Horisont on the HiVe ever since they started. Their Second Assault album even made it to the Number 16 position of the Stoner HiVe Top 20 Countdown of 2012, which received 56 votes that year. And we’ve been digging the fact that Horisont has always made the record they wanted to make. Which does lead to the albums being a bit uneven perhaps, throwing their influences and loves around like a rollercoaster ride. Highly entertaining and exciting; but it does lead to a different kind of listening session. Especially in comparison to Horisont live. Cause being thrown around in a packed steamy venue fits the experience, being thrown out of your easy chair isn’t always exactly what one wants… And guess what, on their new album Sudden Death they’ve decided to even up the ante on that one! It is still seventies rock; but every aspect of those seventies come up in what form or another. A little bit of prog here, some folk there or even AOR for a guiding line. But a lot of it just seems to be seventies pop based melody love! And we love those sunny upbeat melodies; but we do miss a bit of that hardrock sound we know Horisont also possesses! 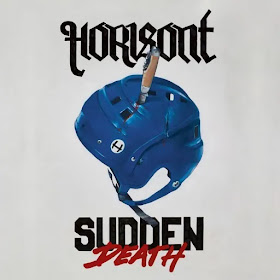