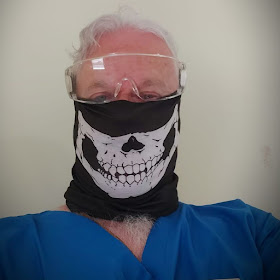 “Working in a hospital where Covid-19 has struck has had a profound effect on me. Deaths, anger, an invisible enemy and a government who has tried to destroy the NHS now calling us "heroes". This is the music in my head at the moment. Distortion and bitterness are the order of the day. This was recorded from April 2nd to 17th. It's not pretty but neither is my head state!” Madman Tony Maim does the work and saves lives! He also writes for us and has decided to once again fire up his Black Insect Laughter blog.  We know him from other musical efforts like 3 Chord Propaganda and now there’s Maim. Not to be confused with the brutal death metal band from Sweden; Maim is the Madman and therefor only just as his nom de plume for these five tracks! This is not easy listening, it will not soothe you and it will not make the stay at home situation any easier. It will however give you something to screech along with and voice your anger. Madman Tony Maim is the sludge punk poet you can turn to for those twisted hours of need! 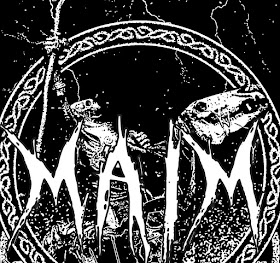