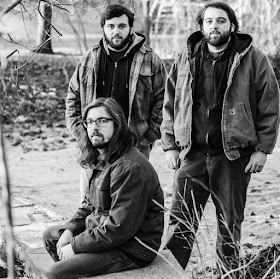 We’re pretty sure the opening track High Stangeness on their bandcamp site, is actually called High Strangeness, and that the three from this New York band called Leeds Point are actually old souls that learned their craft back at the end of the sixties and beginning seventies. Indeed, the four tracks on their newest EP Mother of Eternity have this golden era, vintage rock element to every aspect of the four tracks. It’s got love for the blues as well as proto doom written all over it. It’s got soul, it’s got groove and it’s got a whole lotta riffs, hooks and fills that will definitely make the magic confluence of falling in love with a certain piece of music at a certain moment in time, all that more easy. Which makes it all the more timeless. Indeed, the three from Leeds Point deliver an album filled with an outpouring of love for their mentors, their accompanists, each other, whatever audiences and most of all, their music. Just listen, give ear, when was the last time you heard a piece of music produced for the pure fact of joy? Complete and utterly unalloyed? The vocals alone will set your heart a welling. Well done Leeds Point, well done to Mother of Eternity! 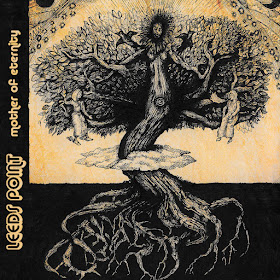