Little Hole Filled – And The Ants Still March On

Like a flash of lightning in the clouds, we live in the flicker; And The Ants Still March On. The little creatures will soon have you and me spirited and it will seem like they’re trying to tell you a dream. Or not? And is this all some wicked trick of the mind? Well, the Austrian quartet Little Hole Filled started playing together in 1996 and did that until they all moved to different sides of the country. They stop playing live but never stopped rehearsing and hashing out ideas. Which resulted in the Far Behind The Horizon Of The Sun demo back in 2015 and more fleshed out singles afterwards which are featured on their newest forty minute long output And The Ants Still March On which they released digitally back in October of last year and now sees a proper release through the Austrian label Konkord. Seven tracks that meander through the heavy landscape and all of them have this extra little touch of madness to them. It might be minute on most tracks; but with each little waft you slowly penetrate deeper and deeper into the heart of darkness. It’s that vibe and edge that certain nineties alternative rock and metal bands had; the emotive edge and the adventurous spirit. The uncanny ability to translate every bit of inspiration into something heavy and wild. What stands tall, towering over all those intricate little burrows of insanity are the mountainous riffs; the monumental drum work and massive bass! 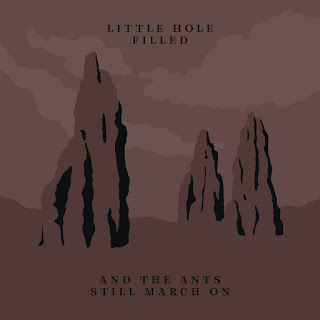