Grim Earth - Stash of The Damned 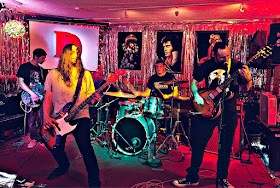 Stash of The Damned, the latest EP from Washington sludgers Grim Earth, is the musical equivalent of being buried alive and coughed back up. But you’re gonna enjoy it, dammit. The four-piece cut a bloody swathe over three tracks of doomed out sludge, caking Sabbathian riffs in grimy feedback and thick, murky noise. Between the thunderous hoofsteps of opener “Haunter”, the thrashy riffs and ear-shredding guitar whine of the second track (whose title one can only ponder in horror), and the low end roll of “Ruins”, Grim Earth offer no respite. A backbone of stoned, doomy riffs sets the foundation for waves of muddy distortion, which turn from sluggish to manically uptempo and back again. Case in point, after some manic thrashing, the final riff of “Ruins” kicks in with roughly the speed and weight of an elephant in a swamp. And that elephant ate all his elephant friends. Over all of this the screamed vocals serve as their own wall of gnarly distortion, topping off a perfectly filthy EP that promises great noise to come from these west coast madmen. 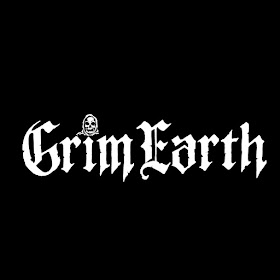