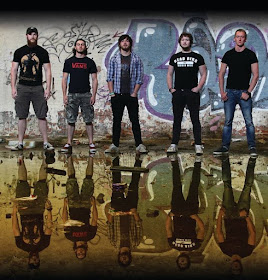 One would expect the rural landscape of Somerset, UK to be filled with sand dunes and cacti. And not the green pastures, hedges and slow rolling hills that are ever present. For when listening to the new release Desert Queen by Duskwood, one can only envision that which is already present in the title. Deserts. The ten tracks on this album are mostly made up out of sandy tones and sun bleached guitars. There are some faint memories of age old British hardrock or even metal around, but almost every moment goes out to celebrating the goodness that came from the desert. Starting with the fast paced fuzz ball called Obelisk and ending with the stoner rock amalgam of Stoner Cat (Coming To). Which seem to serve as two devious bookends, between which the band lusciously explores the different realms of heaviness. Moving more towards Sabbath one moment or Clutch the next, they also leave room for influences one might not immediately expect. Eighties styled metal or bourbon soaked southern rock for instance. But they do it effortlessly and with a very own John Hancock. And that is probably the best thing about Duskwood, they already sound a lot like maverick rockers that know their sound and know the deal. And we love to be dealt in and rock along! 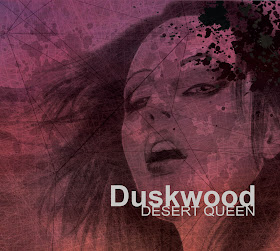