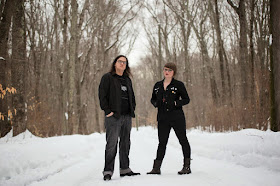 You know all those stupid drummer jokes like; who's that with the band? Oh, that's the drummer. Yeah well what IF the drummer is the band, dickheads!!! Because that is 50% of the Bedroom Rehab Corporation. The duo consists of Adam Wujtewicz on bass and vocals along with Meghan Killimade on the kit. These two crushed it on their former Red Over Red album and they crush it on their latest release Fortunate Some, doing more with what they have than some four-piece outfits. Fortunate Some is called a doom record but I hear way more thought going on here. The couple is very pop savvy. They employ the soft to hard method of playing and singing which was very popular in the 90's. Adams voice is excellent on all four cuts and shows that he has more than just a shouting act. Adams bass playing is mysterious and subtle at times, only to then rise and reach out into the vastness of the universe. Meghan holds it down time after time, after time. The drumming is straight forward but excellent and is heavy in the mix. I truly enjoyed all four tracks but my favorite song on the record would have to be The Serpent The Smiler. Great record, great playing and great production. Do you think I liked it? Check’em out at the bandcamp below. You won't regret it. I promise... 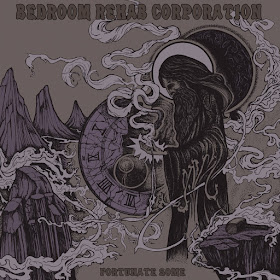